Then I started trying other approximations of the circle and got nice scores that way. The octagon seems to be a better circle than my best real circle so far:

In the original tweet, the example shows a circle with a score of 1,197,568. That is quite impressive, and I wanted to get there, too. So I tried painting better circles, but didn’t get very far. My best freehand circle scored 68,688 and didn’t look better than the previous one:

The main difference between the two seemed to be the number of points (the slower you draw, the denser the lines get and the more points you have on the screen), but that isn’t consistent either – the circle scoring 17,142 consists of 300 points, the one scoring 49,581 has 282 points, the third scoring 68,688 has 539. The squares don’t really show this connection either: 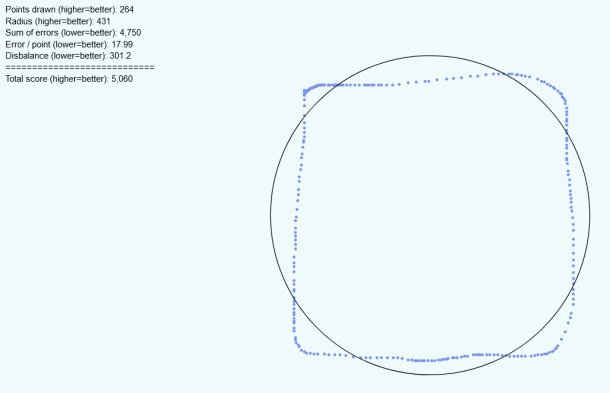 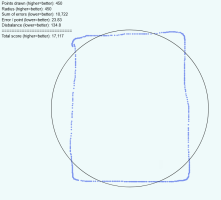 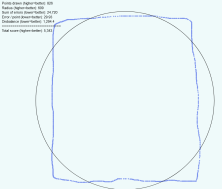 But I kept coming back to the circle from the tweet with the million score. My freehand circles finally maxed out at 88,289, so I decided to cheat a little bit. I used a compass to draw a perfect circle on paper, cut it out and used the paper as a kind of stencil in front of the display. With this help, I drew circles scoring 798,000, then 2,609,000, and finally 52,462,000: 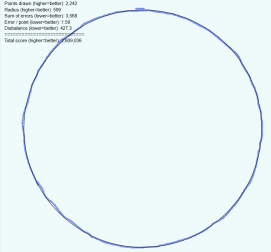 (Now I wonder what score a really perfect circle would get – infinite?) Anyway, after that I didn’t feel like trying to get better and did other stuff: 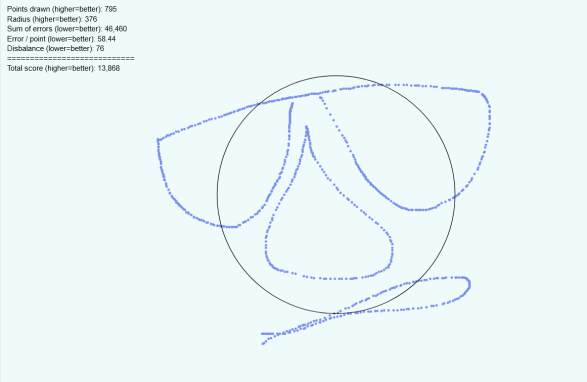 Amazing what weird forms get good scores, but you don’t even have to draw geometrical forms or faces or stuff, even just hatching areas of the screen with lines, ordered or random, even scrawling wildly across the screen will get you good scores: 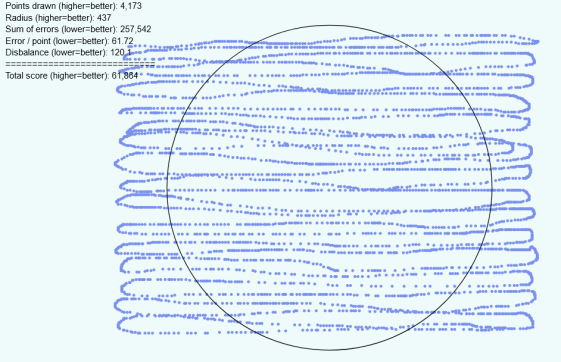 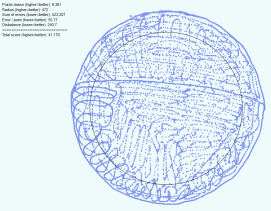 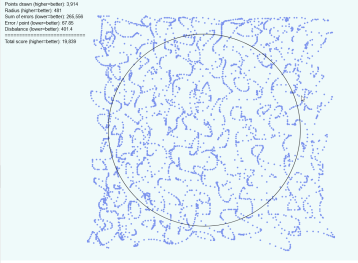 You even get reasonable scores using very few points, but it shouldn’t be too few, else the scores nosedive: 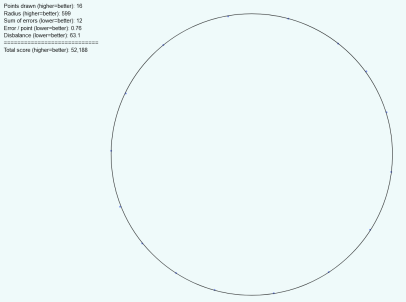 Segments of circles work as well: 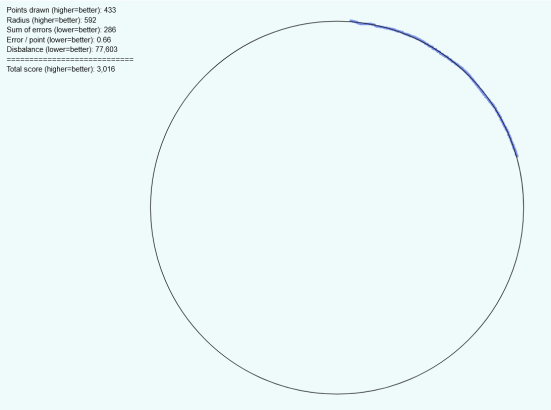 Then I wondered how low a score you can get. It is possible to get a score of 0:

In between I came across some weird things:

Next to the octagon mentioned above there are other approximations that work quite well: 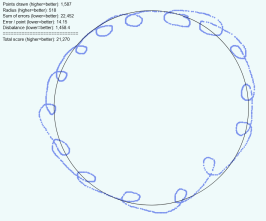 I still don’t understand how the thing determines where to put he circle that is the basis for calculating the score. In other words, I don’t know why the thing puts the circles where it puts them, or how the size is determined. The connection between my scrawlings and the resulting circles appears sketchy at times: 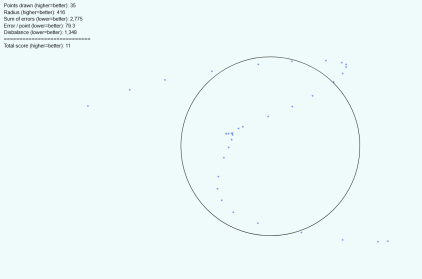 But this doesn’t really matter, in the end it is just a wild swirl of nothing anyway:

P.S.: I didn’t translate the alternative texts for the graphics because that’s quite a bit of additional work.

The texts are pretty simple and follow this pattern:

Screenshot of handdrawn [description of geometric form or other shape of the drawing]. The overlaid circle derived from the drawing has the following analytics:

I’m not sure whether it is possible to google translate these texts. If it is not possible and you use a screenreader and need them translated, get in touch via comment here or direct message on Twitter, and I’ll translate them for you.